The Cure for Insomnia 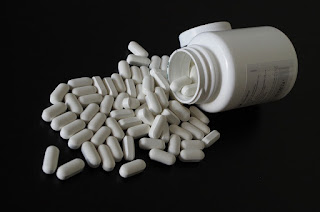 Once of the byproducts of actually hitting a wave of creativity and writing feverishly all day is the fact that you end up too wired to sleep properly. While I'm too wired many night, unfortunately this is usually due to eight hours of marathon gaming and forgetting to eat or drink. Thankfully, for both situations, I have found an easy, surefire way to get to sleep quick: a YouTube hit of  British history documentaries.


Now for a history buff like myself, this might seem like sacrilege. But the fact that I love learning about history is part of why it works. The material can hold my attention so my mind doesn't wander into restless thoughts. Meanwhile, the dulcet tones of the narrator have a hypnotic effect. This is aided immeasurably by the calm editing and presentation (the BBC is especially good for this), a stark contrast with the crass and loud crap passing itself off as educational fare on channels like History and Discovery (that was not always the case... remember when TLC stood for "The Learning Channel?)

Sometimes I have it on the big screen and drift off on the couch.. Other times, I use a tablet and headphones while lying in bed.. With so much selection on YouTube, it's like using a free OnDemand service. So what's the best one? I have to recommend the granddaddy of all British history "docos", which is BBC's Civilisation, presented by Kenneth Clark. 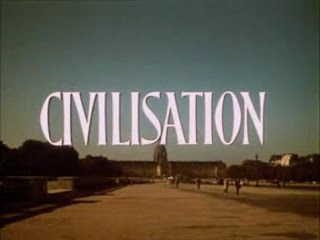 Just listen to that reassuring voice. The long pauses. It's like mainlining Ambien.

Clark is credited with popularizing the modern, narrative TV documentary. But to me, he is the Sandman.
Posted by Darius Jung at 19:44